This body of work began with the start of the presidential primaries. The months before and after the election managed to uncover many unresolved battles of America’s complicated history – contentious race relations, sexism, nativism, and an ever-growing wage gap. The drawings in this exhibition record the inconsistencies of a society that simultaneously proclaims itself to be “post-racial” and “post-gender” while identifying with a “pull-yourself-up-by-the-boot-straps” mentality. I collage historical publicized images - advertisements, campaign posters, newspaper photographs and printed textiles - that parallel our current political and social climates into a singular narrative composition to document the cyclical and systemic nature of marginalization in America. The drawings capitalize on America’s propensity for nostalgia and decorum, luring the viewer into facing these inequities through the detached lens of that which has already happened. 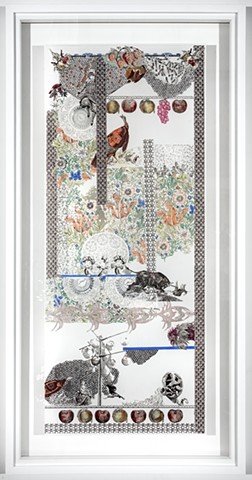 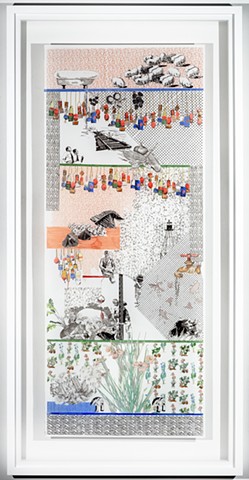 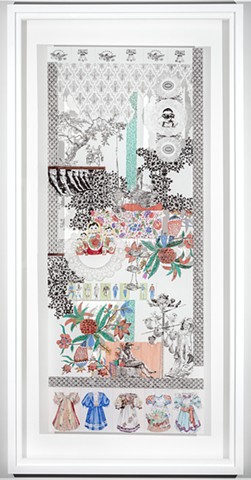 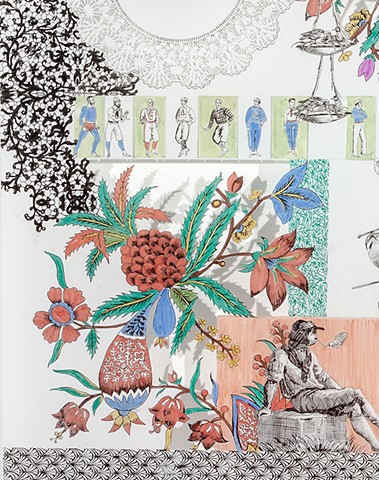 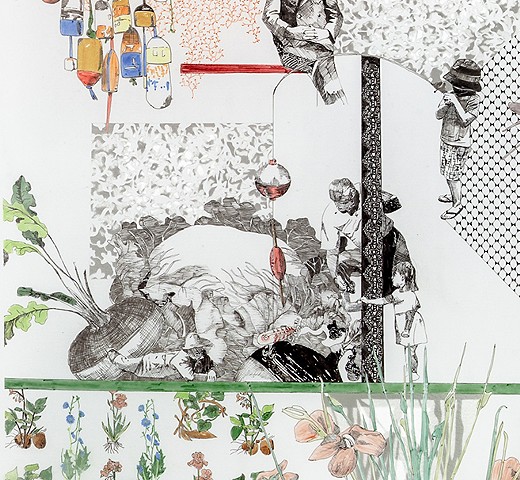 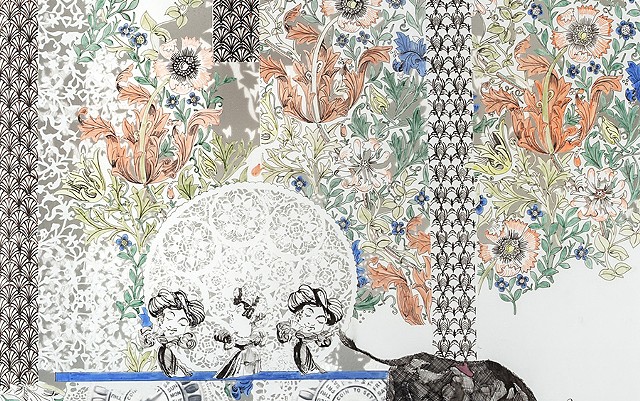 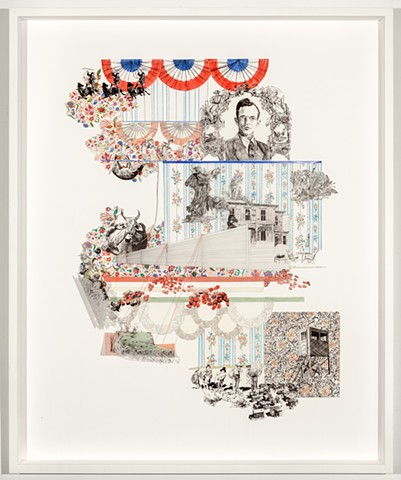 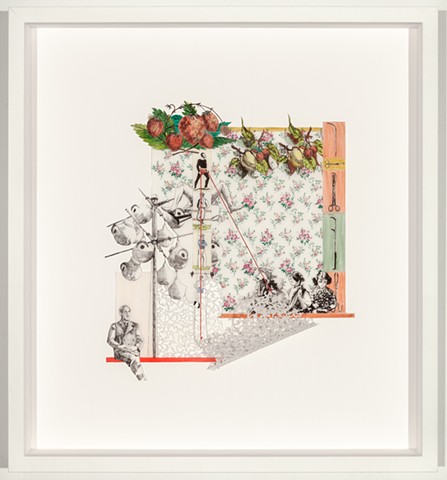 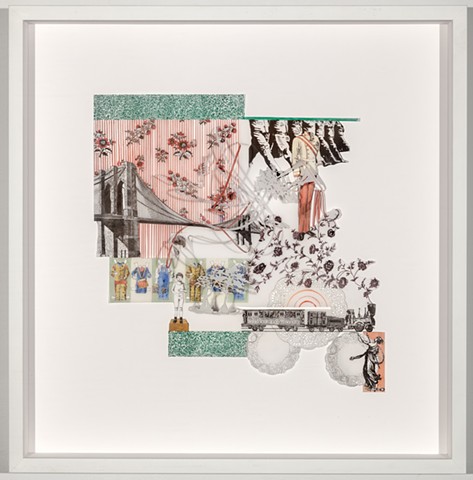 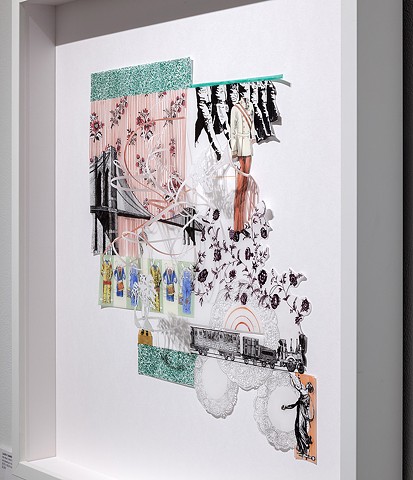 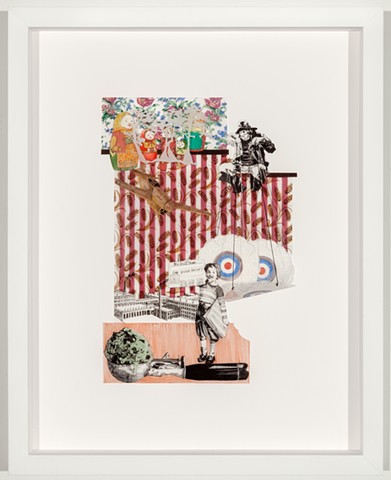 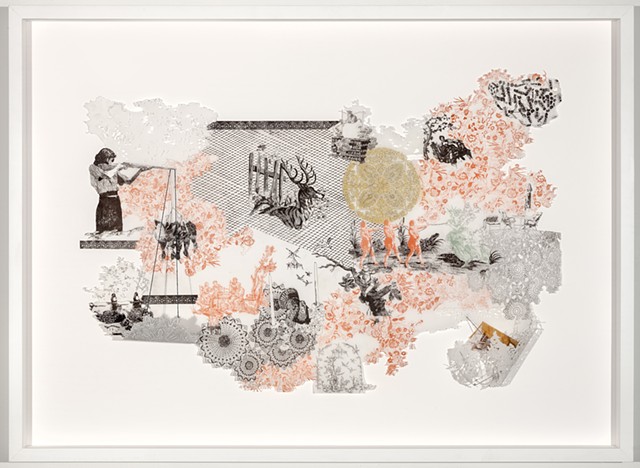 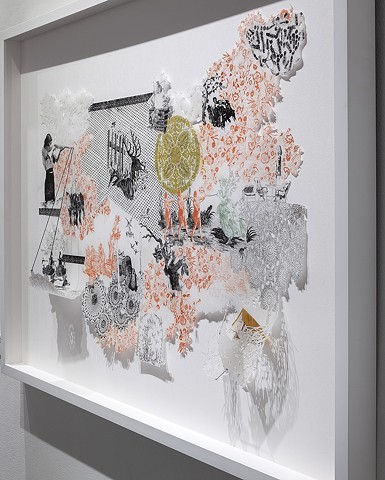 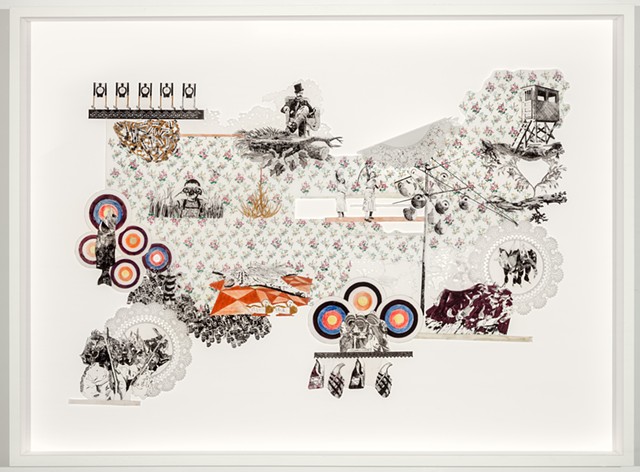 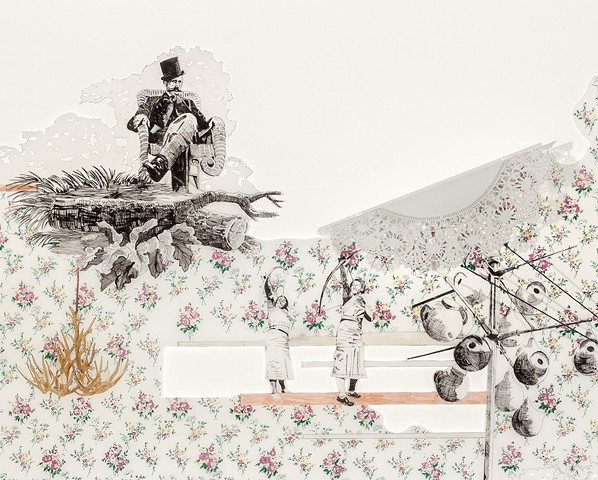 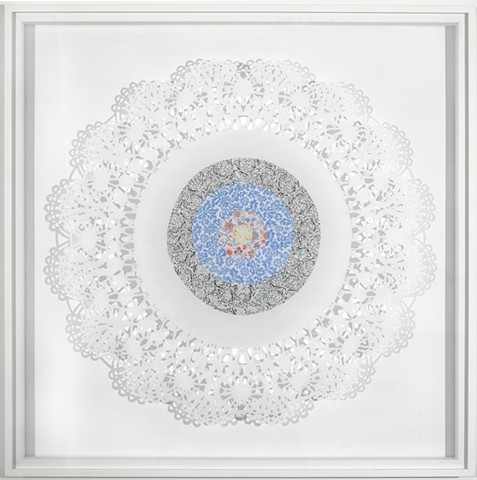 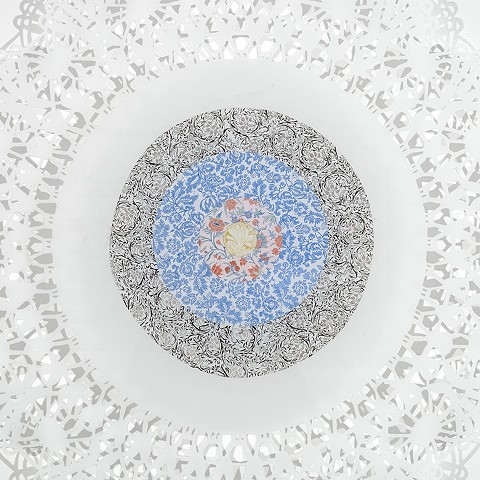